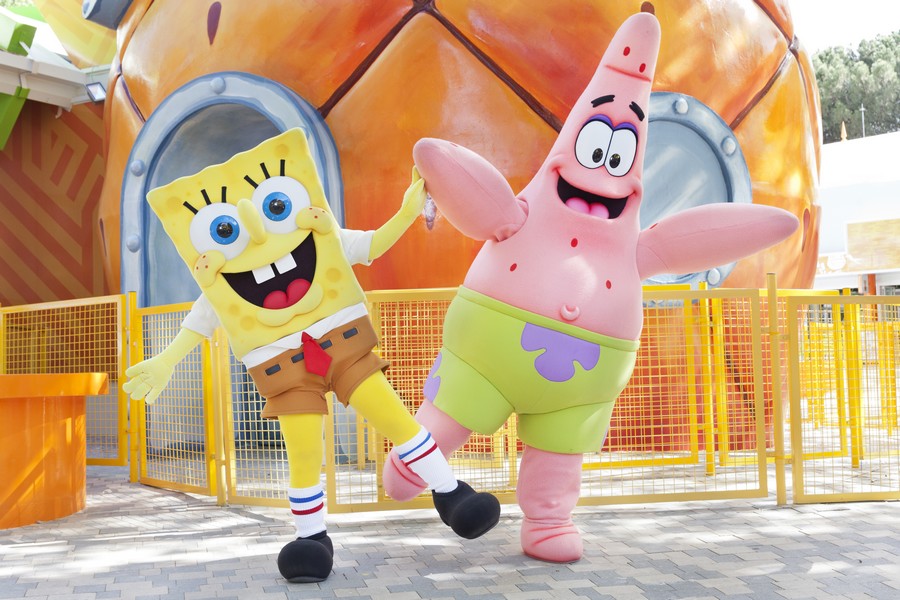 “Our goal at Nickelodeon is to be everywhere kids are, and we’re excited to diversify our portfolio to bring the Nickelodeon brand and characters to life through these new family entertainment centers,” said Gerald Raines, Senior Vice President, Global Recreation for Viacom International Media Networks. “Parques Reunidos has been a great partner and we’re thrilled to expand our relationship to create another great entertainment experience for families in Europe.”

‘’I’m very pleased that these recreation projects are performing so well in Spain and my intention is to continue to expand the business in other regions,’’ said Raffaele Annecchino, EVP & MD, VIMN South Europe, Middle East & Africa.

Fernando Eiroa, CEO of Parques Reunidos, commented “we look forward to bringing this new entertainment experience to shopping malls in collaboration with Nickelodeon and its characters. We are certain that Nickelodeon’s magic, in such an innovative and unique space, will become a significant landmark for local residents, not only in Murcia but also the surrounding area, replicating our success with Nickelodeon Land at Madrid’s Parque de Atracciones and NickLand at Movie Park Germany.”

Pedro Cortés, General Manager, Business Strategy and Development for Parques Reunidos, added that “this is the first step in an ambitious and promising project for our company’s strategic growth. It will soon be followed by important agreements to develop family entertainment centers with leading shopping mall operators in several European countries.”

The first location opening in Murcia’s Centro Comercial Thader, owned by Metrovacesa, one of the top operators of shopping malls in Spain, will be an expansive space designed to bring kids and parents together. Covering 34,000 square feet, the space will be equipped with interactive activities, an adventure zone, a dedicated space for younger members of the family and Nickelodeon-themed rooms, perfect for birthday parties and family get-togethers. Kids and families will be delighted by the colorful décor, and attractions such character meet and greets, featuring some of Nickelodeon’s most beloved properties SpongeBob SquarePants, Dora the Explorer, Teenage Mutant Ninja Turtles, PAW Patrol and The Fairly OddParents. Additionally, the center will have a dedicated food and beverage area and Nickelodeon retail space.

Viacom International Media Networks (VIMN), a unit of Viacom Inc. (NASDAQ: VIAB, VIA), is comprised of many of the world’s most popular multimedia entertainment brands, including MTV, Nickelodeon, Comedy Central, BET, Paramount Channel, Channel 5 in the UK, VH1, VIVA, COLORS, Spike, Game One and Tr3s: MTV, Música y Más. Viacom brands reach more than 3.4 billion cumulative subscribers in 180+ countries and territories via more than 200 locally programmed and operated TV channels and more than 550 digital media and mobile TV properties, in 40 languages. Keep up with VIMN news by visiting the VIMN PR Twitter feed at www.twitter.com/VIMN_PR. For more information about Viacom and its businesses, visit www.viacom.com, blog.viacom.com and the Viacom Twitter feed at www.twitter.com/Viacom

Nickelodeon is one of the most globally recognized and widely distributed multimedia entertainment brands for kids and family. It has built a diverse, global business by putting kids first in everything it does. The company’s portfolio includes television programming and production around the world, plus special events, consumer products, digital offerings, recreation, books, feature films and pro-social initiatives. Nickelodeon’s brands reach 1.1 billion cumulative subscribers in more than 160 countries and territories, via more than 80+ locally programmed channels and branded blocks. Outside of the United States, Nickelodeon is part of Viacom International Media Networks, a division of Viacom Inc. (NASDAQ: VIAB, VIA), one of the world’s leading creators of programming and content across all media platforms.

Parques Reunidos is one of the leading, fastest-growing leisure park operators in the world. The Group portfolio is made up of 55 operations (theme or amusement parks, animal parks, water parks, marine life parks, family entertainment centers and cable cars). The Group has continued its expansion in recent years, cementing its position as a leader in the Spanish leisure sector and a reference operator in this market at both the European and international level, receiving about 22.2 million visitors every year in 12 countries in the Americas and Europe. For more information about Parques Reunidos please visit www.parquesreunidos.com