Manatees’ haver also won the nickname “sea cow” due to their big and relaxed appearance and their herbivorous diet, which is based on seagrass they graze from the sea floor. Yet, their closest relative in the animal world is the elephant.

This year, the Three Wise Men also left a present at Faunia

In Spain, the Three Wise Men tradition at the beginning of January is just as relevant as Santa’s arrival in December. It would seem that 2018 was a year of achievements and good behavior at Faunia, because the Three Wise Men also left a present at the park in Madrid. On January 6th, veterinarians and care takers watched the birth of an Antillean manatee at the “La Jungla” facilities. After a critical period to ensure the cub’s survival, the new manatee’s birth was announced on February 12th.

The arrival of this new little manatee to Faunia is the fourth birth of this species in this park, whose manatee family now has four members. With this birth, Faunia becomes the European benchmark in the arduous task of reproducing this species in danger of extinction. Activities such as “Experiencia Manatíes” (Manatees Experience) or the education lectures that take place over the weekend, are a park of the work Faunia caries out since 2007 in matters of conservation and awareness raising through its participation in EAZA’s (European Association of Zoos and Aquaria) European Threatened Species Program.

If you still haven’t visited Faunia to meet its small new resident, here is a video where you can watch it’s first interactions with care takers and visitors.

On caring for manatees and repopulating the Caribbean

The Antillean or Caribbean manatee (Trichechus manatus manatus) is a protected subspecies which is currently classified by the International Union for Conservation of Nature (IUCN) as a threatened species. For decades, these animals have been hunted for their skin and their fat and are also threated by other human factors such as ship propellers and the destruction and reduction of their natural habitat.

The Parques Reunidos Spirit is engaged with in corservation efforts to protect the Antillean manatee through different projects. In Miami, where both the Antillean manatee and the Florida manatee (Trichechus manatus latirostris) live in the wild, our team at Miami Seaquarium and their Rescue, Rehabilitation, and Release Center develop a wide program since 1955 to protect manatees, tend to wounded specimens, and ensure these animals survival in the wild. 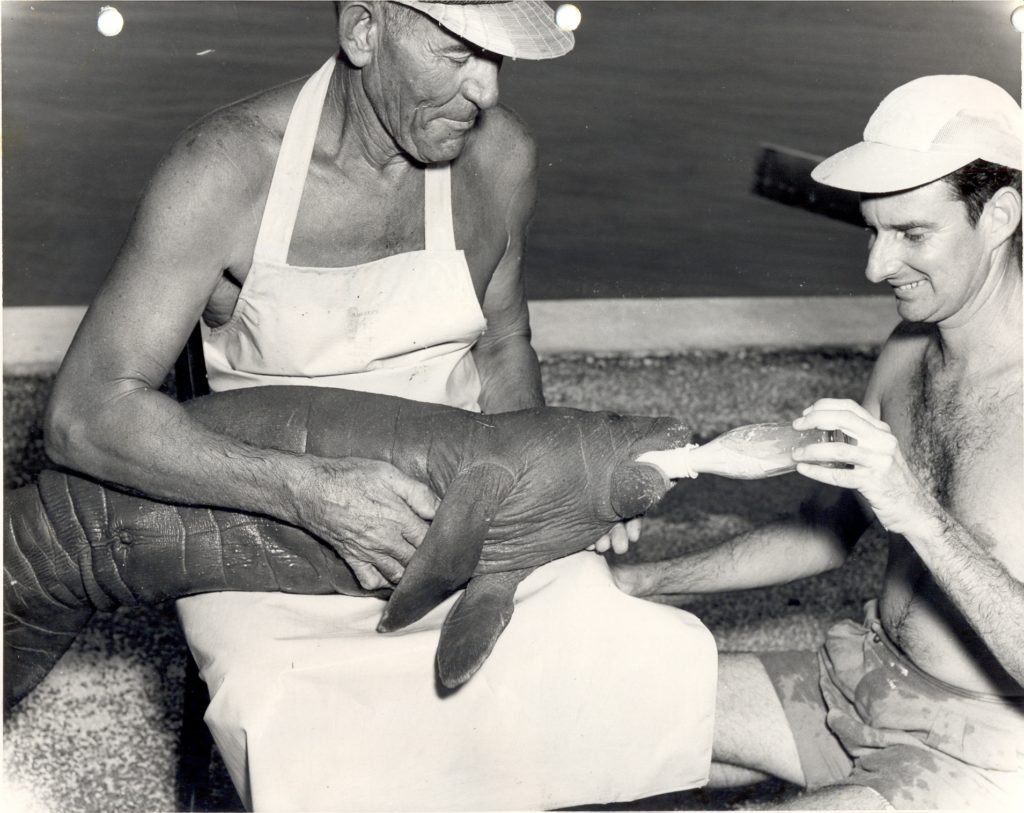 Manatees who have been severely injured and cannot be released back into the see remain at Miami Seaquarium and become ambassadors of their species, thus contributing to the role of the park in educating its audience about the threats affecting manatees and the importance of preserving species in their own environment. 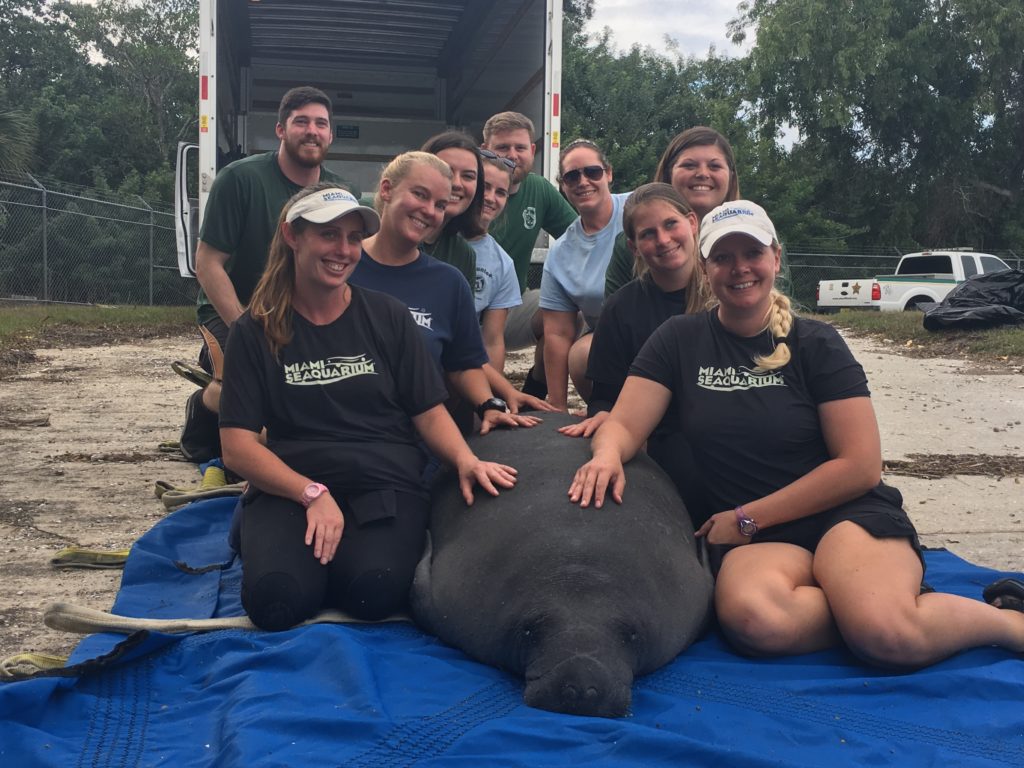