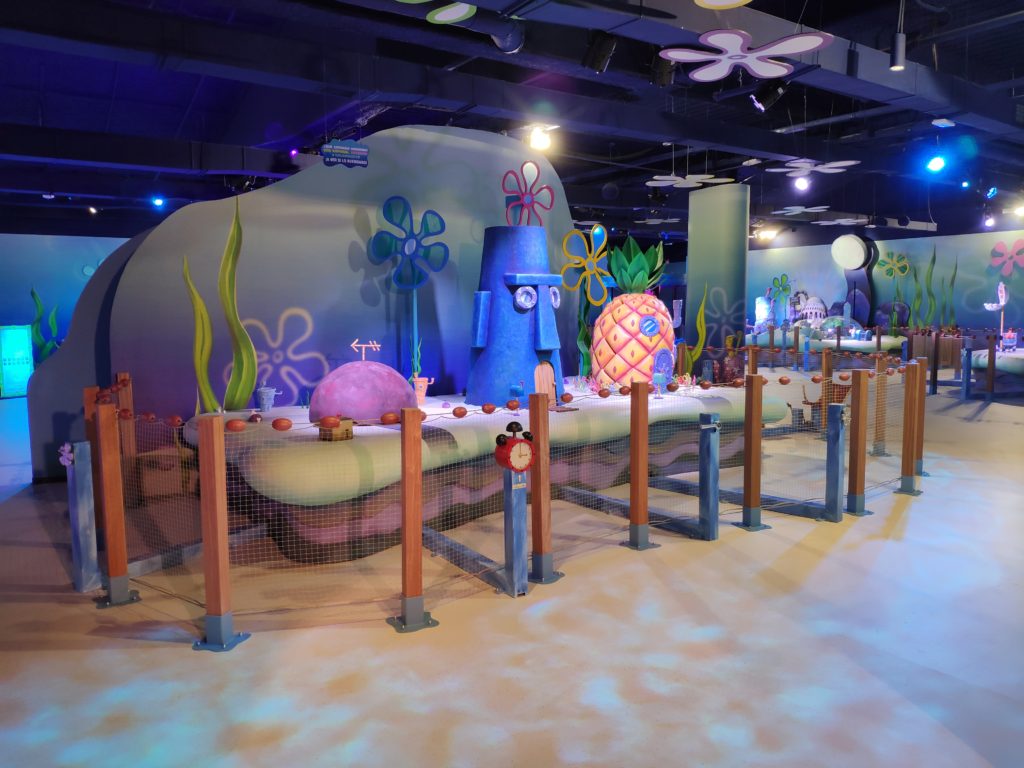 Madrid, Monday, December 17th, 2018. – Parques Reunidos opens “Nickelodeon Adventure” Madrid, which will be located at intu Xanadú (Arroyomolinos), a shopping and leisure center owned by intu. This launch falls within the agreement reached between Parques Reunidos and Viacom International Media Networks in March 2016 to theme different areas in the Group’s theme parks after Nickelodeon’s shows and characters.

The park will include different spaces themed after the most famous Nickelodeon characters, thus offering a completely immersive experience. Visitors will be able to do jellyfish races at the SpongeBob SquarePants zone, play an organ made of corals or obtain their sailing license at the boating school. Among all these interactive games there will also be a Paw Patrol area, where children will have the chance to slide down the famous Control Tower. Other fun areas include Dora the Explorer and The Fairly OddParents special zones, as well as a Ninja Turtles adventure course with routes through tunnels and over climbing walls, and a Rugrats zone for toddlers.

The center also includes a birthday room themed after the Nickelodeon characters, an interactive area, a 4D cinema, and educational areas for school groups. In addition, some of the most popular Nickelodeon characters are present at “Nickelodeon Adventure” Madrid so that all children can take a picture home as a souvenir of a fun family day.

Finally, “Nickelodeon Adventure” visitors Will have a chance to take a break and a snack at Slime Café, while also wrapping up their experience at the Nickelodeon Store, where all intu Xanadú customers will be able to purchase Nickelodeon official merchandise.

“After the success at Parque de Atracciones de Madrid’s Nickelodeon Land and Movie Park Germany’s NickLand, facilities like the ones at Xanadú allow us to offer families an opportunity to experience Nickelodeon in a different and innovative way through the activities and technology they will find at centers like the one opening now in Madrid” explained Jesús Fernández, Chief Operating Officer of Europe at Parques Reunidos.

“For Viacom, the launch of “Nickelodeon Adventure” Madrid means bringing the most beloved Nickelodeon characters –like SpongeBob SquarePants, Paw Patrol, or the Ninja Turtles- closer to the children in Madrid, but also to the families who come here on holiday. With this new indoor center, we offer, once again, a true Nickelodeon experiences.” Added Manuel Gil, Senior Vice President, General Manager at Viacom International Media Networks España.

VIMN is a part of Viacom Inc. (NASDAQ: VIA, VIAB) and is formed by some of the most famous entertainment brands in the world such as MTV, Nickelodeon, Comedy Central, BET, Paramount Channel, Channel 5 (UK), VH1, VIVA, COLORS, Spike, Game One and TR3s: MTV, Música y Más. Viacom content reaches around 3.200 million homes in approximately 170 territories and in 40 languages through more than 200 locally-operated TV channels and more than 550 digital media and mobile television. VIMN Spain’s portfolio is formed by some of the most popular multimedia entertainment brands in the world, including Comedy Central, MTV, Nickelodeon, Nick Jr., Paramount Network, or VH1. In Spain, Viacom brands can be watched through 12 channels.

Nickelodeon is one of the best-known children and family entertainment brands at the international level. It has built a diversified business that always puts the children first. This model includes: content for television and in-house production for worldwide broadcast of SpongeBob, Henry Danger, The Loud House or Rise of the Turtles, as well as special events like Kids’ Choice Awards and Nickelodeon Slime Fest, consumer goods, digital offers like My Nick Jr., themed parks like Nickelodeon Land or Nickelodeon Adventure, books, and movies. Nickelodeon brands reach more than one billion cumulative subscribers in 178 countries and territories, through 127 local channels and programs, and are translate to 39 languages.

Outside of the United States, Nickelodeon is a member company of Viacom International Media Networks (VIMN), a division of Viacom Inc. (NASDAQ: VIAB, VIA), which is one of the world’s biggest programs content creators across platforms. Nickelodeon is present in Spain since 1999, covering 100% of the territory through Movistar+, Vodafone TV, Orange TV, Telecable, Euskaltel, R Cable, Sky, Total Channel and other international cable operators.