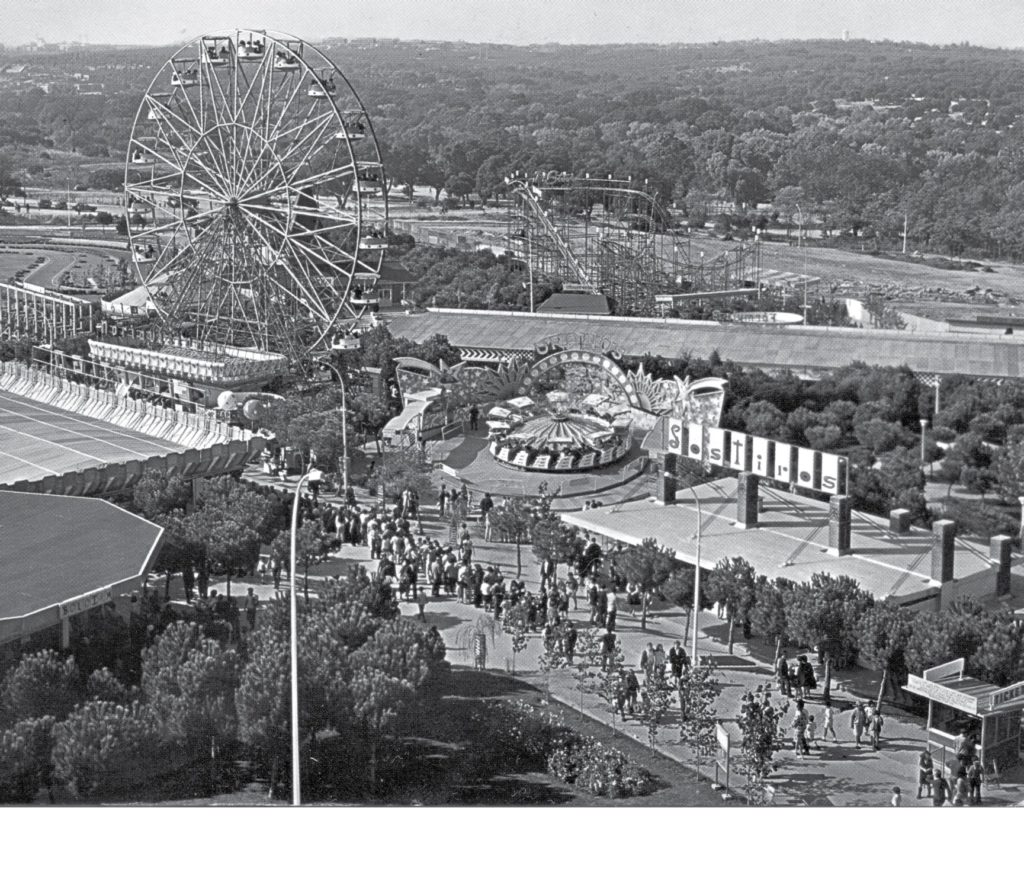 In the 1960’s, a new social awakening in Spain and the arrival of what we call the “Spanish economic miracle” entailed the adoption of a new lifestyle that allowed for more leisure and entertainment. Many parents and grandparents may remember May 15th 1969, when the entire city of Madrid went out to the “Casa de Campo” park to visit the new “Parque de Atracciones de Madrid” for the first time.

The opening was a great success: more than 50,000 people visited the park that day, forcing ticket offices to close down beforehand because the park had exceeded its capacity. On that day that Madrid also celebrated Saint Isidro, the city’s patron saint, the Parque de Atracciones de Madrid opened to the public as a pioneer space in Spain for offering the largest variety on attractions and shows aimed at the whole family.

One of the most successful attraction was a rollercoaster called “7 Picos” (7 Peaks) , the first great rollercoaster ever built in Spain and one of the biggest in Europe in the 1960s. the model was a Wildcat that reached a maximum height of 13.5 m  and a maximum speed of 60 kilometers per hour. This attraction was so popular that some of its carts were sold at online auctions when the coaster was dismantled in 2005.

In spite of all the novelties and innovation it has undergone, the traditional “Parque de Atracciones de Madrid” still has a place for its most nostalgic fans. Those who visited the park fifty years ago can still rekindle that experience at the “Tiovivo”, a carroussel from 1929 located between the Nickelodeon kids are and the apopular “Fiordos” water ride, which still holds the original carved and hand-painted wooden figures, and continues to thrill visitors of all ages.