Noa loves big cats, especially tigers, and she is convinced that she wants to become a biologists when she gets older! Through the collaboration between Pequeño Deseo and the Parques Reunidos Foundation, Noa experience a very special surprise on March 4th at the Madrid Zoo.

A DAY PACKED WITH SURPRISES

On that day, Noa thought that she was going to one of her periodic check-ups at the hospital with her parents and her sister. When she realized they were taking a different route than usual, she began to suspect that something else was happening. As they arrived at the Zoo, Noa was so surprised that she couldn’t hide her happiness! But, she had no idea about what was waiting for her inside the park.

Noelia Benito, head of the education department at the Zoo, greeted them and guided the family through the park towards the big cats facility. On their way there they walked along the flamingo pond and they visited the elephants. The family also met Sananda, an Indian rhino female who arrived at te Zoo last year and who is an ambassador for the collaboration with Save The Rhino to support rhino conservation worldwide.

Still, Noa could not have imagined the surprise visit that Noelia and the rest of the feline caretakers’ team had prepared for her, focusing completely on these species, particularly on tigers. When the family arrived at the big cats facility with Noelia they also met Agustín López, the Zoo’s General Curator and Félix Mora, Feline Specialist Caretaker.

GETTING TO KNOW THE BIG CATS AT THE ZOO

Noa and her sister were thrilled to meet the biologists and caretakers who look after the big cats at the Zoo. During the visit, they explained to the girls the characteristics about lions, leopards and tigers. The experts at the Zoo were very impressed with the knowledge that Noa and her family already had about these species. What they didn’t know were all the anecdotes and fun facts about the specific animals living at the Zoo, which made their visit al the more special. This allowed Noa to get to know them a bit better 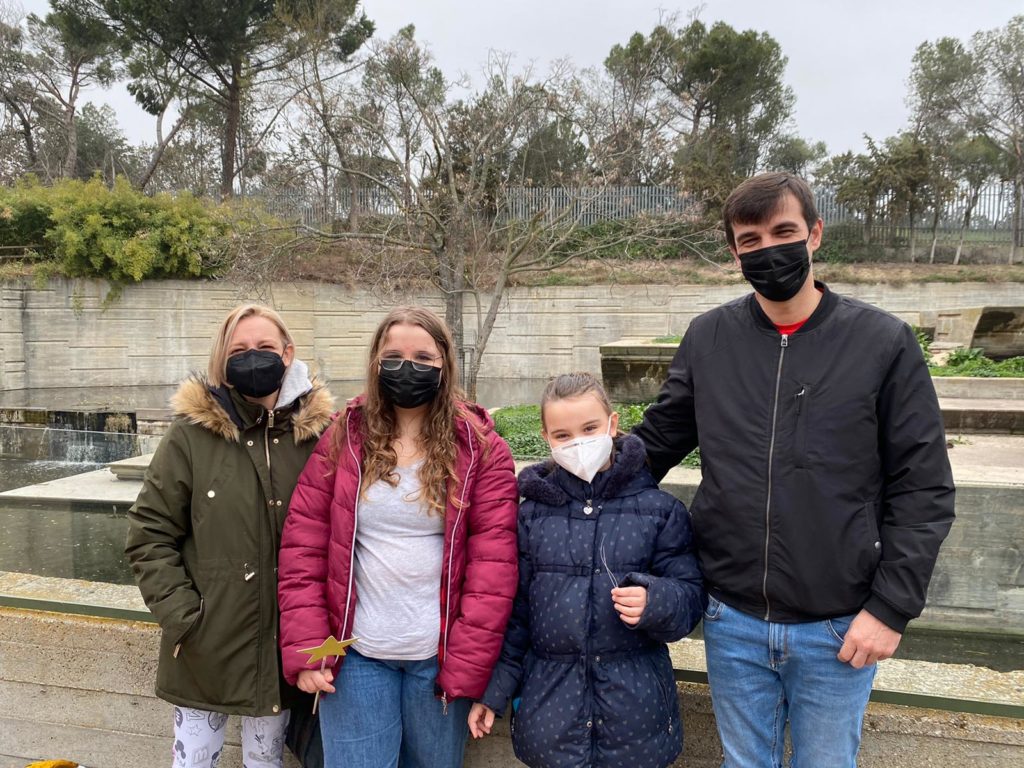 But the visit didn’t end there. Noelia continued to guide the family through the Zoo towards the Iberian lynx facility. On their way they came across the Iberian wolf and the red panda areas, which also caught the girls’ attention. As they arrived to the Iberian lynx area, Caretaker Javier Martínez spent some time explaining how to spot these elusive felines through the brushwood. Furthermore, he also gave then details about the conservation project involving these animals undertaken by CSIC, the Doñana Biological Station, and Zoo de Madrid.

Before saying goodbye, the Zoo’s caretakers gave both girls a couple of stuffed tigers as a souvenir from their visit, which now they could resume at their own pace with their parents. Once again, Pequeño Deseo, the Madrid Zoo and the Parques Reunidos Foundation created a unique and unforgettable experience to fulfill Noa’s wish to meet the tigers at the Zoo and become a biologist when she grows up.