THE SAP RISES IN SPRING… OR IS IT A ROLLER COASTER?

What better opportunity than the first day of spring to hype up one of the most anticipated roller coasters in years? Our flagship park in the United States, Kennywood (Pennsylvania), invited a group of local reporters and officials to get their first up-close and personal glimpse of the park’s new record-setting roller coaster, The Steel Curtain, on Wednesday, March 20.

Nearly 100 visitors toured the three-acre site that will house Steel Curtain and the new Steelers Country at Kennywood land, the after The Pittsburgh Steelers and set to open this summer. 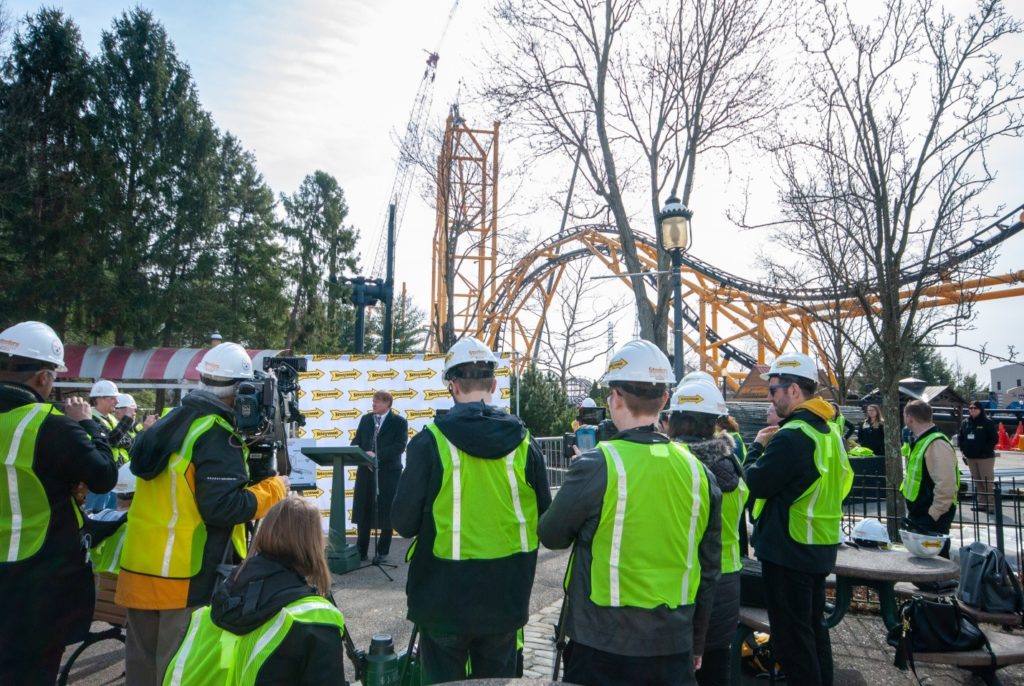 Fresh off the installation of The Steel Curtain’s tallest piece the week prior, Kennywood General Manager Jerome Gibas opened the Hard Hat Tour discussing the goal for this ambitious project. “Steelers Country at Kennywood will bring together the best of amusement parks and the game of football to create an unforgettably fun experience for fans,” he said. “The Steel Curtain will set a new bar not only for Kennywood, but for our entire industry.” At 220 feet tall, Steel Curtain is Pennsylvania’s tallest roller coaster, and will boast the most inversions of any coaster in North America.

Visitors were invited to walk through the site, escorted by Kennywood Team Members after the remarks made by Pittsburgh Steelers VP of Sales & Marketing Ryan Huzjak and Allegheny County Executive Rich Fitzgerald. 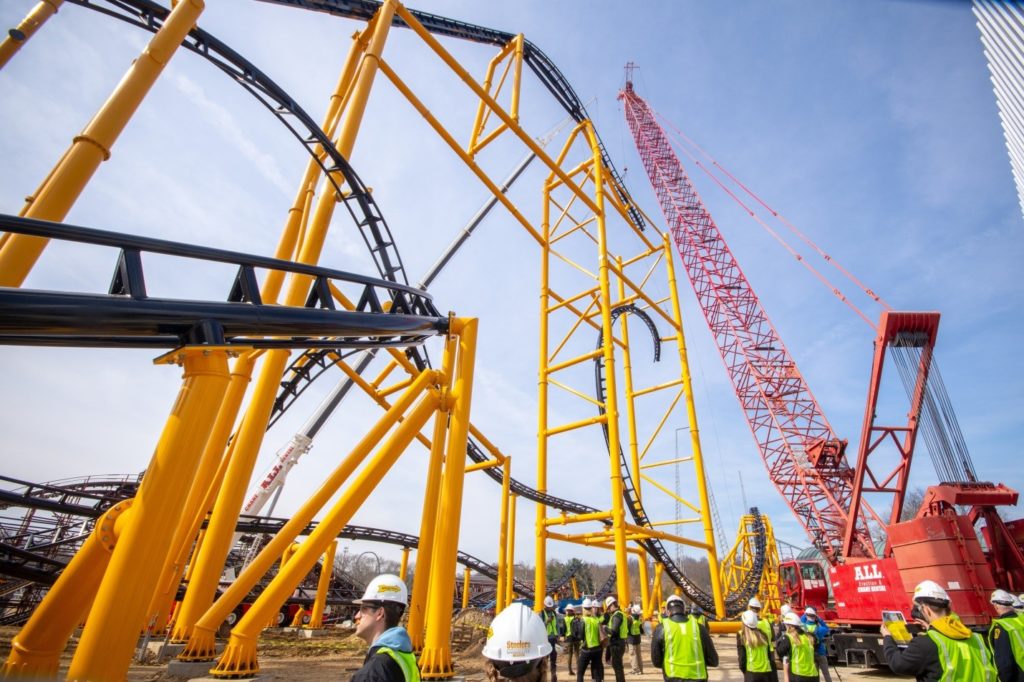 GM Gibas, along with Ride Operations Director Marie Ruby and PR Director Nick Paradise, pointed out highlights of The Steel Curtain, along with the area’s other attractions, The Steelers Experience building and End Zone Café dining space.

Steelers Country has drawn a great deal of excitement, both for being an unprecedented collaboration between an amusement park and a professional sports franchise, but also for bringing together two of the Pittsburgh region’s most celebrated institutions, Kennywood Park and the six-time Super Bowl champion Pittsburgh Steelers. Former Steelers Chris Hoke (below) and Bill Priatko (who is also a longtime seasonal Kennywood Team Member) toured the site with great excitement.

Authorized media from Pennsylvania, West Virginia, and Ohio had the opportunity to interview Kennywood staff and Steelers team members.

The tour concluded with a boxed lunch provided by Kennywood’s official caterer, Stratwood Catering, during which visitors exchanged their impressions and expectations about the awaited Steelers Country’s opening later this year!