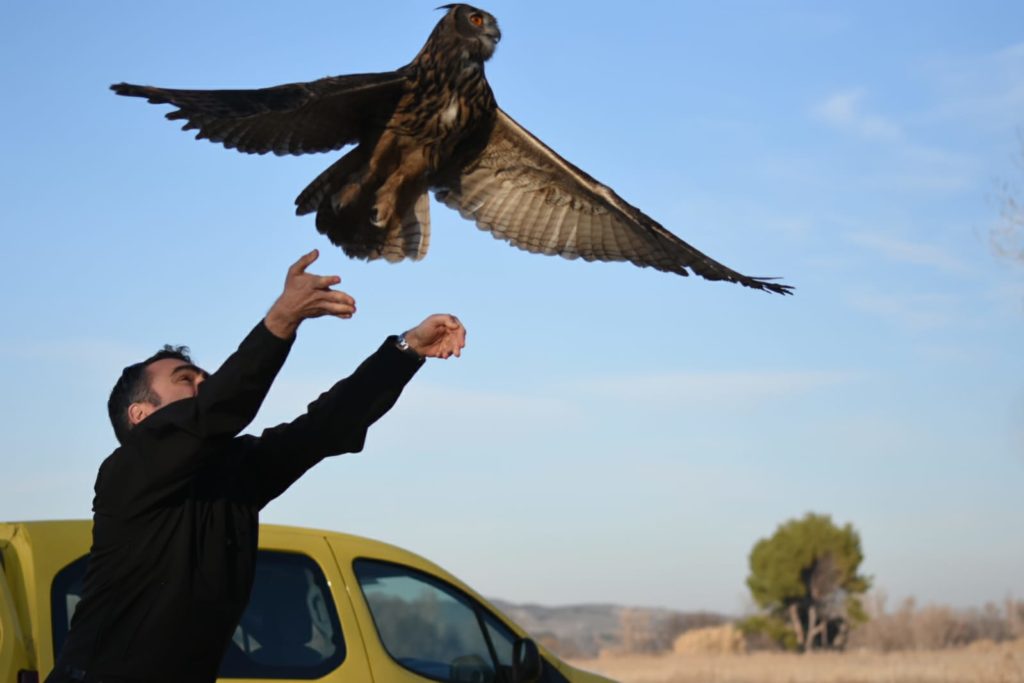 Throughout 2020 Asociación Brinzal continued to host, nursing, and training many birds of prey and enabled their return to their natural habitats in different areas of the Madrid region. Nature doesn’t wait and, despite the obstacles caused by the pandemic, neither do the foundations and organizations that protect biodiversity and foster conservation.

The Brinzal’s recovery and rehabilitation center is located in the Casa de Campo in Madrid. This has encouraged the organization’s relationship with the Madrid Zoo. In 2019, for example, Brinzal participated in the one-day event in memory of Félix Rodríguez de la Fuente, which featured educational and awareness-raising activities.

Similarly, in 2020, the agreement between Brinzal and the Parques Reunidos Foundation to recover nocturnal birds of prey, made it possible to reintroduce two Eurasian eagle-owl chicks and five barn owl chicks into their natural habitats.

In the context of this collaboration, expert teams and Brinzal reintroduce Eurasian eagle-owls and barn owls that are born from individuals hosted by the Madrid Zoo. The Eurasian eagle-owl chicks were born from a couple of unrecoverable adults hosted by the Zoo. On the other hand, the barn owls that were cared for at the Zoo came from the Madrid Autonomous Community Animal Recovery Center.

The chicks that the Zoo takes care of are first relocated to the Brinzal facility before they even grow their feathers. That is where they learn to behave, feed, and survive in the wild. Chicks are training in this way for five months before they can be reintroduced in protected areas of the Madrilian mountain range. Through these reintroductions, Brinzal, the Madrid Zoo and the Parques Reunidos Foundation contribute to reinstating local animal populations and to protecting biodiversity in local natural areas.

The Alba Project started in 2018 and aims at promoting dry farming to be compatible with sustaining the nocturnal birds of prey species populations, as well as other bird species related to the rural environment.

Through this project Brinzal creates awareness for rural communities about how protecting many of these species benefits agricultural ecosystems, since these birds usually feed on smaller animals that are responsible for spreading pests on the crops.

In addition, Brinzal has tried to soften the lack of young common owls and small owls in the area where the project is present by strengthening the population with individuals from the recovery center. 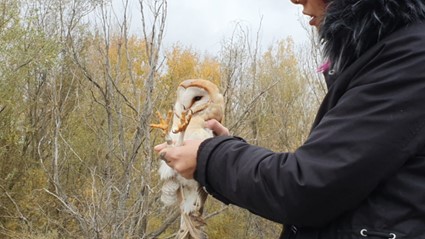 A common barn owl being released in its natural habitat

A specific example is the population of the common barn owl. An exhaustive census has shown objective date about the population’s distribution and status, which has suffered an alarming decline of around 70% in the past 20 years. Thanks to the results from this study, the projects has remained active throughout 2019 and 2020 in spite of Covid.

Throughout 2019 Brinzal has tended to around 2,700 wild animals, a figure that doubles the annual average. The common swift, an urban insectivore species, represents a high proportion of this figure. 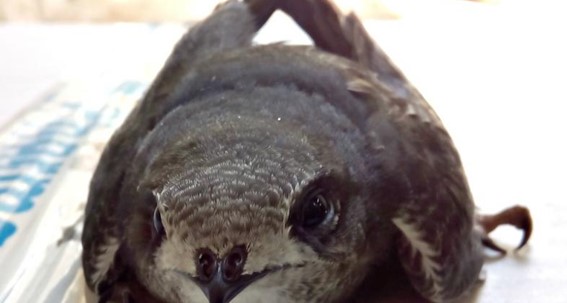 Regarding nocturnal birds of prey, Brinzal has hosted up to 300 individuals. Brinzal’s level of expertise in this field has enabled them to reintroduce 67% of the individual they have treated.

Any birds belonging to other species are redirected to other recovery facilities in the Madrid Autonomous Community. During the summer though, Brinzal takes in species they don’t usually treat due to an increase in the number of cases to be addressed in the region. The most common cases are orphaned chicks (common swifts, swallows, sparrows, etc.). 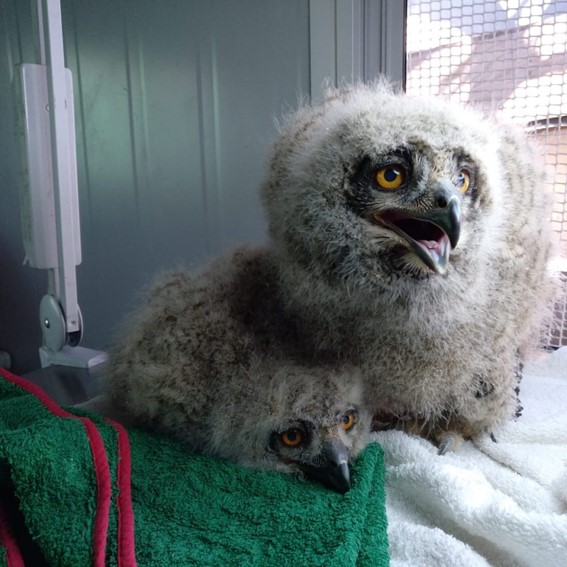 In addition to usual recovery techniques, Brinzal has developed specific facilities and protocols for the birds they regularly work with, allowing for a more complete rehabilitation. This is the case of the nurse project, through which irrecoverable adult birds take care and nurse the young, orphaned individuals. Similarly, the anti-predation training done with young European small owl individuals teaches them to better adapt to the environment and gain survival skills.

Other than rehabilitation, Brinzal has developed two breeding projects with two different species: the Barn owl (Tyto alba) and the European small owl (Athene noctua). This project is executed with irrecoverable couples and through training to reinforce the natural population, which is seriously decreasing. Overall, Brinzal has released 44 common owls and 10 small owls.

conservation of all these native species among the public attending the Zoo and visiting the Casa de Campo.

Informative billboards are a direct and permanent way to pass this knowledge along. Through this collaboration, both parts have produced content for the billboards, which were placed near the lesser kestrel facility at the Madrid Zoo. One of them addresses the collaboration between the Madrid Zoo, the Foundation and Brinzal. The other one offers advice about how to act in case of finding a wounded wild animal.

Other methods, like campaigns and competitions in social media are useful to inform the public about protecting threatened species. They also engage the community to take action in protecting them and actively divulging knowledge about conservation. Brinzal organized competitions that include simple questions about birds of prey ecology. The first few people to get it right receive invitations to participate in an owl’s release.

The winner got to release an owl that had been wounded and recovered at the Brinzal facility at a special area for these animals protection (ZEPA) in the Madrid region.

From the beginning of the collaboration, Brinzal contributes to the Madrid Zoo’s blog (Gaceta Animal) with regular advice under the hashtag #12mesesvolando.

The posts aim at creating awareness about different problems affecting these wild birds, such as the danger represented by roads or the benefits of having wild birds near the city. The blog also provides useful advice that anyone can apply to contribute to birds of prey conservation. 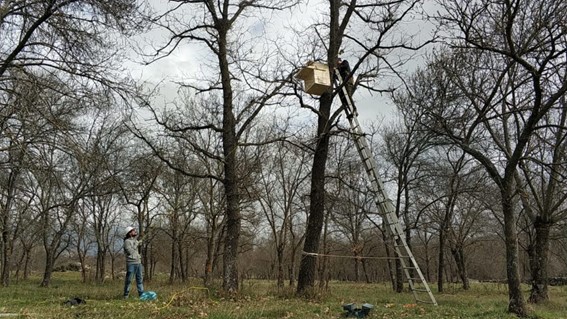