One of the areas that form part of the sustainability strategy of the Parques Reunidos group is the conservation of biodiversity and promotion of animal welfare.

Our Madrid Zoo was inaugurated 50 years ago and covers an area of 22 hectares in the lungs of Spain’s capital. On the occasion of its 50th anniversary and thanks to the EFE news agency, the zoo is sharing with everyone the photographic exhibition “50 years of conservation”. The historical show can be visited until 31 October. These are some of the photographs that form part of the show. 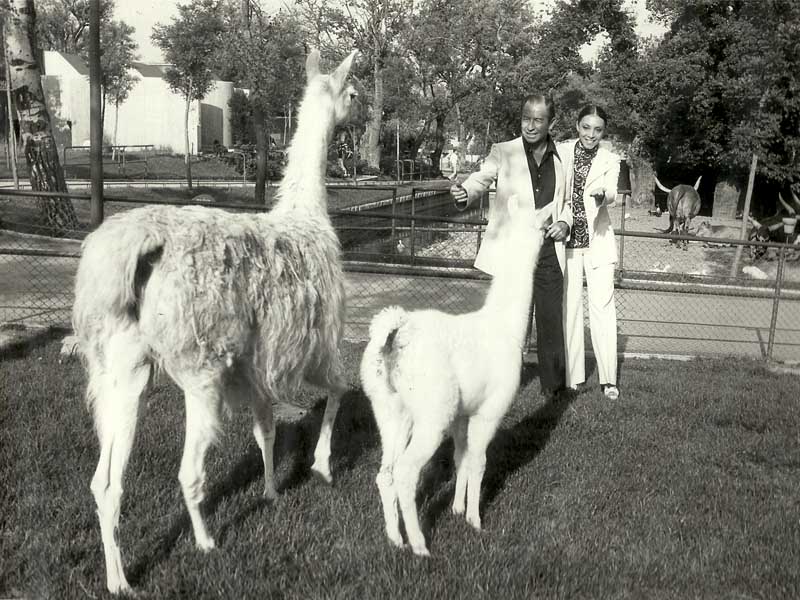 Through 45 images, from 1972 to the present day, the aim is to show the public the most important milestones of the Zoo’s evolution as a conservation centre throughout its history. The main purpose is to make known some of the research, conservation and education projects that have made it a national benchmark in the artificial insemination of endangered species, such as the giant panda and the white rhinoceros. 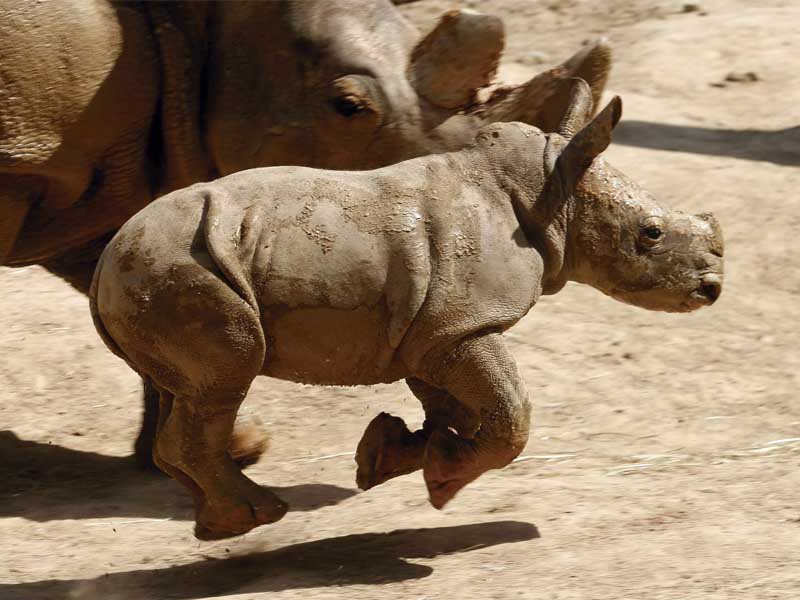 Madrid, 3/6/2009.- Presentation of the white rhinoceros calf born by artificial insemination at the Zoo Aquarium of Madrid from the female called Marina. The Zoo asked children to help name her and proposed the names Olimpo and Cronos, in support of the Spanish candidature for the 2016 Olympic Games. EFE/Juan Carlos Hidalgo. EFE.

It was on 4 September 1982, when the birth of Chu Lin the panda crossed all borders to become the first panda to be born by artificial insemination in the Western world. An emblematic endangered species that would join the Guinness Book of Records as one of the most important animals of the time, whose image is featured in the title “50 years of conservation”. 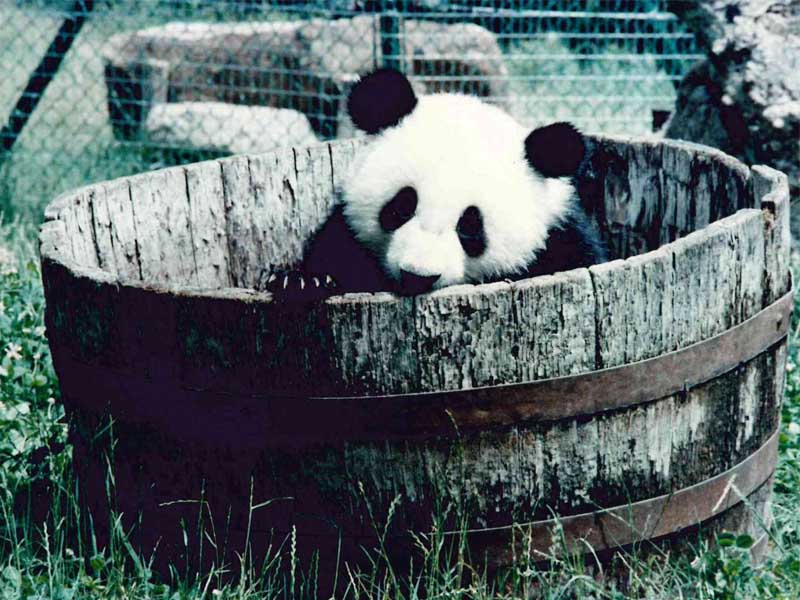 Madrid, 10/4/1983.- Chu Lin playing in one of his favourite buckets when he was seven months old. Madrid Zoo Archive.

There have been numerous key moments in the conservation programmes. Such as the arrival of the first koala specimen in 2001 or the inauguration of the new Iberian lynx facility in 2016 as one of the most emblematic species of the Iberian Peninsula. And twin twin births that have continued to make history – our first panda twins in 2010 and, for the second time, in 2021, with You You and Jiu Jiu. The new twins are the heroes of our 50th anniversary and already nine months old.

Madrid, 6/9/2021.- The Zoo Aquarium of Madrid welcomed the second twin birth of pandas in the history of the centre, from the female Hua Zui Ba. The twins, which weighed 6.04 and 4.84 Oz, respectively, alternated in the incubator while one of them is breastfed by the mother to ensure their correct development. Madrid Zoo Archive.

This 50th anniversary exhibition shows the evolution of the zoo through snapshots. Pictures tell the story of the release of owls and eagle owls born at the Zoo, to reinforce the native population of nocturnal birds of prey in the Community of Madrid, in collaboration with the NGO Brinzal, as well as the release of red squirrels, with the Directorate General for Biodiversity of the Community of Madrid and the Wild Animal Recovery Centre.

Hoyo de Manzanares (Madrid), 25/10/2018.- Release of eagle owl by the meteorologist and presenter of the programme ‘Aquí la tierra’ of TVE, Jacob Petrus, within the programme of reinforcement of native fauna of owls and owls that the Madrid Zoo has been carrying out, since 2017, in collaboration with the NGO Brinzal, a centre for the recovery of nocturnal birds of prey. Since then, 7 eagle owl chicks and 11 barn owl chicks born at the Zoo have been released in the Community of Madrid. Madrid Zoo Archive. 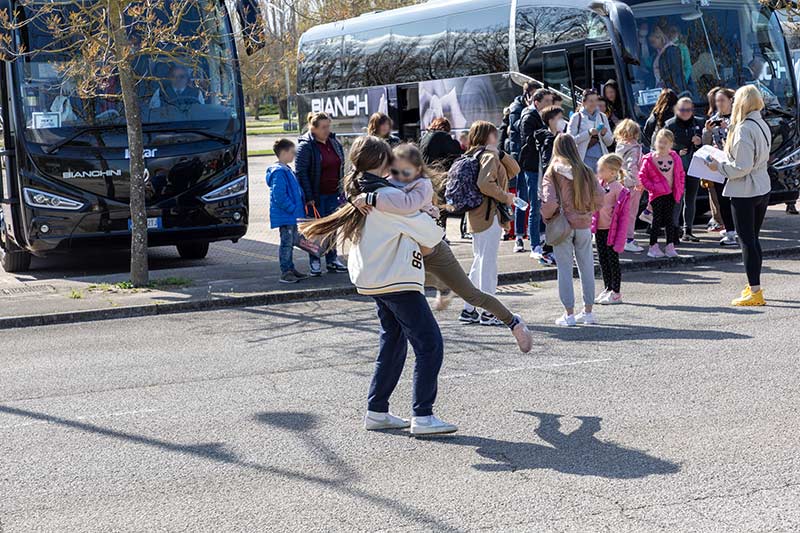 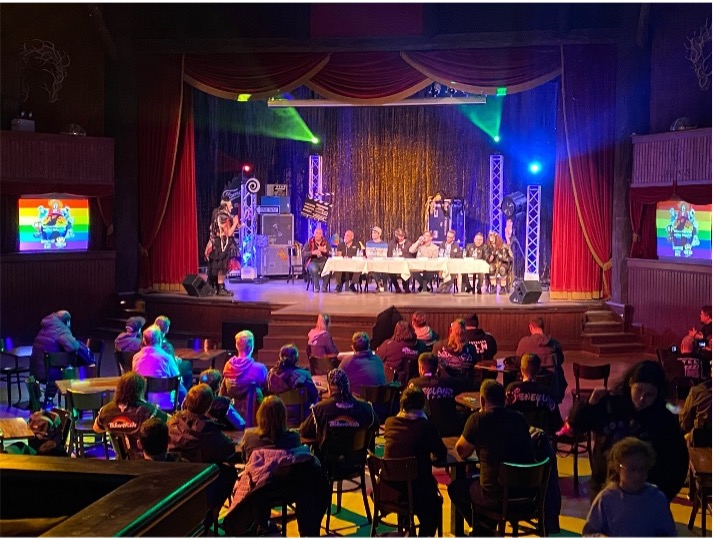 A First Season of Fun at Adventureland Resort